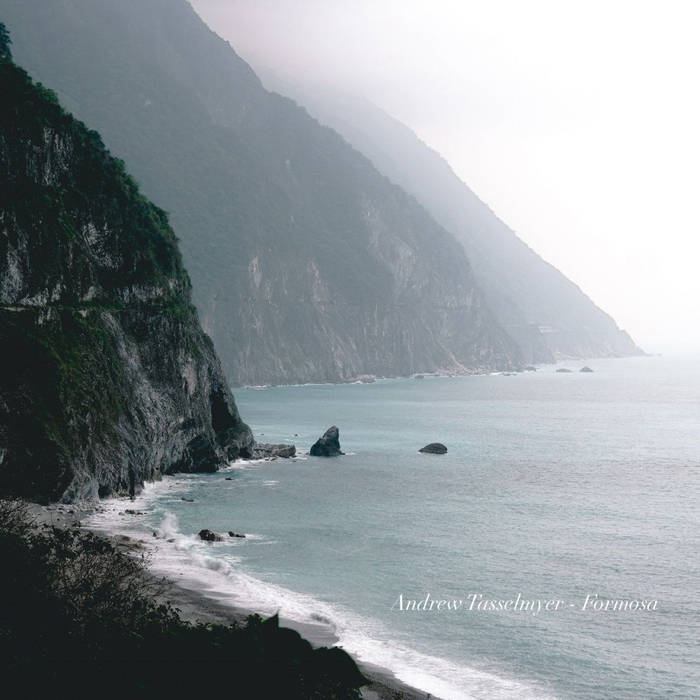 this will be on my videotape

I visited Taiwan in the spring of 2019. Over the span of 10 days, and from the back seat of a bus that slowly rumbled around the island, I recorded the sounds that shaped this album: sonic traces of the endless mountains, gorges, beaches, and forests visible from the windows; ancient and imposing geological forms, immune to the human forces at play there. The island of Taiwan has been repeatedly subjected to cultural whiplash and regime change at the hands of various nations since its settlement by indigenous groups over 6,000 years ago, including the Chinese, Japanese, and Dutch, but it was the colonial Portuguese term “Ilha Formosa” - meaning “beautiful island,” and coined at their first sighting of the island in 1542 - that seemed most capable of describing the place, and most capable of transcending all those manmade barriers, borders, and governing articles.

Formosa is an elemental record. Based on field recordings taken in Taiwan, Tasselmyer’s music is a gentle intake of ambient air. Grey clouds and a scattering of light rain populate the album. Field recordings take the music to another level, adding essential layers of authenticity to a deeply placid sound. What distinguishes this from other ambient albums is its distinct, thinner sound, and there’s a reason for this. It’s the ambient sound of the East, blending in with the physical geography of the land and adding something mystical in the process. A specific type of ambient emerges from this part of the globe, a sound realised and refined by the likes of Celer, Hakobune, and Chihei Hatakeyama. It just happens that way.

Undisturbed and unruffled by a fast-paced lifestyle, the ambient music chooses a rural recline instead of a caffeinated city and its in-your-face fluorescents. Formosa is an antidote, a cleansing sanctuary.

Andrew Tasselmyer is a talented musician. He knows how to produce and develop patient and elongated ambient soundscapes which, in this instance, resemble postcards and aural environments more than traditional pieces. The ambient textures are as light as the air, immersive and calm. Coastlines, alcoves, mountains: the music is at one with nature, so concentrated on it as to erase the presence of anyone else in the area. This givesFormosa a deep focus. Tones rise and fall away, their rhythm as consistent as an everlasting tide even as their movements feel tired and lethargic. Changes and shifts emerge naturally and from their own free will because Tasselmyer doesn’t interfere. This is a protected environment, and Tasselmyer studies the landscape, recording the sounds of its many inhabitants, its light breeze and soothing sea. This is hidden, off-the-path music, found in a secret place.

The field recordings have already created their own music.